On a lake in Austria, in the afternoon*

The flappy mainsail looked almost bored, blown by a weak, tired wind. All this rolling and pitching couldn’t shake off the tense atmosphere aboard. No one spoke a word, I could hear myself breathing, gathering up the courage to break the awkward silence. As the wind died and our occupation with sails and ropes stopped, the tensions between everyone on board were crippling, without any sign of resolution. This fight was happening without words, without a glance at each other. Everyone knew the trust was lost, and we all felt rather uncomfortable. I took in one big breath of humid air and heard myself saying: “One of you tells a mind-blowing story with a clear vision where to go but has no clue how to navigate, the other is an amazing technical expert but does not believe the story and therefore isn’t committed. You tell different versions, can’t reconcile to a common direction, nor accept who is in charge to decide. Actually, you can’t even talk to each other anymore. Without a new captain - steering your boat - you will sink this ship”.

As an early stage investor, I define myself more as an advisor than a capital provider. Thus, I invited them on a scenic sailing-trip - “recreational activities might distract you guys from the otherwise prevailing startup worries” - little they knew that my actual aim had nothing to do with a lovely sunset cruise but to reveal the inevitable... 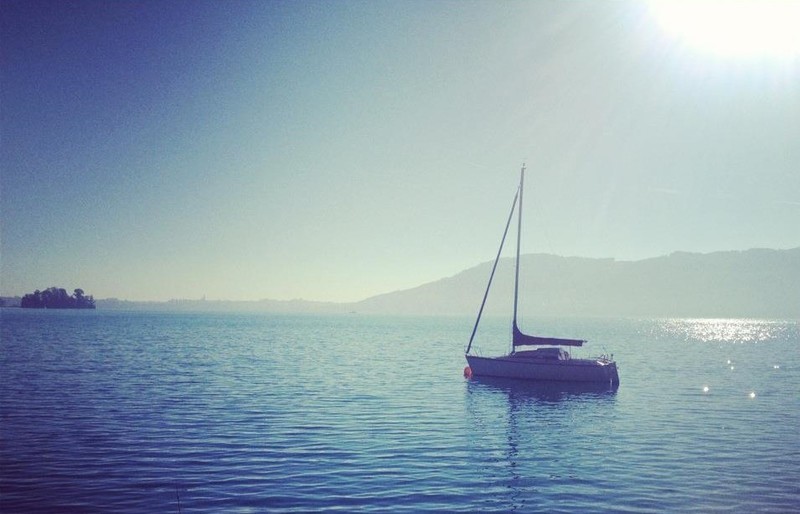 If the situation seems unique to you, the opposite is true. Years ago Paul from Y-Combinator revealed that fights between founders are surprisingly common. Every startup will eventually demonstrate some co-founder frictions. Not only will 2 out of 10 see a co-founder leaving but these conflicts are a real poison for growth and the main factor of failure. For his great book “The founders dilemma” Noam studied 10,000 founders: the results showed a clear picture: 65% of startups fail because of interpersonal tensions between founders. One could argue that by now this is common knowledge in early stage investing. But why do we still constantly fail to solve these situations? Maybe because when the hostility is clearly visible it’s already too late. It is an absolute priority for me to sense this as early as possible and get them out of it without drowning the company all together with the relationship. But the tough question is how?

5 steps to solve a co-founder conflict

In my youth I spent every spare minute racing sailboats thus I am well aware of conflicts within a squad. I encountered them again when I was leading a startup. It needs only a few bad decisions and you are stuck at the “wrong side of the lake”. Just like business circumstances, winds change direction quickly: once comfortably pushing you from the back, now blowing fiercely in your face. You can see your competitors overtaking. You, the helmsman steering the boat, are well aware of the bad choices you made. Your crew is busy playing the blame game. You can’t make them go away. And there it is – the awkward silence. Silence is oppressive for most human beings: they try to escape it. Unfortunately, on the water and much like in a startup jumping off is not an option. There is more at stake: it's not only about losing this race but it’s about sinking. If you want to stay afloat there is only one choice: break the silence.

I got this message from one of “my” founders: “for weeks now my co-founders disagree what to do, we are stuck. I expect from you, as my investor, to decide”. Unfortunately, I can’t. I can help you come to a decision. However, most entrepreneurs shy away from asking for help in the first place. It might seem weak and damage your funding efforts. In my opinion this is a wrong assumption. Every founder needs help. Don’t be afraid of personal failure but talk to your investor (if you have the right one). For me this is not a sign of weakness rather one of strength.

Strategy shouldn’t be about the ego. It should be about winning the race. As an early stage investor, that is my daily job. I could provide you with funds but more than that I can serve as a point of reference or help you to reflect – like a coach - if you want. From the sideline, however, I can’t steer your boat – that’s your job (!) My job is to try to help you navigating through unknown waters. Much like on a boat, in a startup, you need to adapt the course quickly and constantly, but you need a clear destination otherwise you go around in circles. And yes, there is a quick fix to buy yourself time to solve problems you encounter with your co-founders: win the race.

In fact, more than 50% of founders will hire a CEO by the time they raised their third round of funding. In order to build a big company, founders need to end their fights and the company needs a helmsman. Stepping down as CEO must feel like putting your baby up for adoption. If you continue without major change that baby will not make it to kindergarten. Moving ahead sometimes means swallowing your own pride and beat your toughest enemy – your ego.

Stepping aside is often a step up (!) to the board where your story and vision may be of better use for your baby. It’s definitely a better way to stay involved in the company’s future than leaving for good. When founder-CEOs step down to let a new CEO take over, they change to the board most of the times. If, however, the board need to initiate this change that number drops significantly. Taking the initiative, understanding your responsibilities toward the vision and sometimes concentrate on your strength is the best way to contribute to your own vision.

You can agree that you disagree. But it’s clear that you can’t always solve a conflict. You should, however, never lose your style - after all we are just humans, prone to make mistakes. Even after tough fights and fierce disagreements keep an open mind that your perspective is not the only one that exists. Consider the fact that even disagreement can make you grow as a human being. And no matter what happened in the past: stay friends or at least offer your (unconditional) friendship. Invite your co-founder to your wedding or if you don’t see each other anymore - at least tell him when you're expecting a child.

On a lake in Austria, in the evening

“Without a new captain - steering your boat – you will sink. There is no possibility to jump and swim – you will both drown! All of you will drown. Your team doesn’t deserve this." I thought this was too hard, now at least someone will fight back? But no one replied. The awkward silence stayed on. Suddenly the wind picked up again and we were busy with sailing until we finally came ashore. At first, I thought our little sailing trip (call it an intervention) has not worked out at all. I was mistaken. An irreversible process had started this afternoon. On the way back home in the car one co-founder finally raised his voice: “I need to get out”. He could not suffer the unspoken anymore. Tense shoulders fell and a heavy head suddenly felt light. This feeling of relief was physically visible. Finally, everyone became honest. The company got a new CEO, one co-founder became a board member, all three of us were finally able to sleep again.

As brilliant as the idea of this startup was, I have the strong belief that success comes mostly from execution. Some founders are visionaries. Others are makers and doers. There is no shame in realizing which one you are.

Have you ever seen a perfect co-founder relationship - what was their secret source? Have you ruined all future family gatherings because of a fight with your co-founder (that also happens to be your brother)?

Did you try something else to fix your co-founder relationships that worked really well? As an early stage investor founder conflicts are my daily business and I would like to get better in dealing with it day after day. Leave a comment or write me directly whether you agree, disagree or simply if you think there is something that needs to be added.

*The story is based on real events. However, I merged, shortened and defaced them to respect the privacy of the characters.